Automation in a new dimension:

The horticulture and agricultural industry has recently experienced a big boom. Companies that want to keep up with the competition here need to position themselves for the future and constantly respond to market demand. The Nobels Group, which consists of the companies Nobels, Javo, Agro Techniek and Javo International, ranks among the most innovative providers worldwide of automation solutions for agriculture, horticulture and industry. Within this group, Nobels BV acts as a machine development and production location. As part of the reconstruction and reorganisation of its production hall, the company decided to automate its laser systems with the help of Remmert’s modular systems. The result was that, through an innovative and flexible retrieval strategy, which was adapted to the production requirements, Nobels was able to more than double its output with just one laser, instead of two previously, whilst significantly optimising laser utilisation at the same time.

Nobels BV, which is based in the Netherlands and operates internationally, specialises in the production of machines for agriculture and horticulture. This includes both small batches and large-scale production. The entire design and development process, which in some cases is very customised, takes place at the company's headquarters in Noordwijkerhout, in the province of South Holland. Arnold van Nobelen started here in 1955 with the development of a sorting machine. Three years later, Nobels produced the first prototypes for a harvesting and planting machine, which went on sale in 1958. Today, Nobels focuses on the research, development and manufacture of potting machines, tray automation and soil and robot systems. In order to be able to respond to market and customer requirements even better, the company is continually expanding its portfolio and its production site. This goes hand in hand with the modernisation and automation of the machines and factories. Fast and efficient processes are vital here. In this context, laser systems present a particular challenge in terms of automation. “We now have 30 years of experience in the field of laser cutting. That’s why we knew exactly what we envisioned and wanted in this respect,” reports Ber van Nobelen, Nobels Group’s proprietor.

Integrated system of modules from the Remmert FLEX family

The top goal for the Nobels project was to increase productivity and optimise the material flow. In order to achieve this, the company wanted to be able to work through the night shift in the new hall without reducing the utilisation of the fast fibre laser. To this end, the machine expert integrated into the process, in addition to a BASIC tower that acts as raw sheet metal store, the Remmert LaserFLEX as an automation solution in combination with the belt conveyor and used a second BASIC tower to buffer finished parts. With 85 storaging locations, the first BASIC Tower is used as a storage tower for 3015-format raw sheet metal; the second tower has 43 storage locations. The system consisting of the LaserFLEX and belt conveyor allows fast manual sorting of laser-cut sheet metal parts. In order for Nobels to be able to design night shifts in a more efficient way without any disruptions, during the day, it is possible to provide material from the finished parts tower for further processing on the belt conveyor or via the station for outgoing material.

The raw sheet metal is initially provided in via the station for incoming material and stored in the BASIC Tower. In the next step, the tower provides the material to the transfer unit that, in turn, then relays it to the loading unit. With a material changing time of around one minute, LaserFLEX is the fastest solution on the market for loading and unloading laser cutting machines. For the retrieval, two strategies are available: either the lasered sheets are provided for manual sorting immediately after laser cutting via the belt conveyor, or they are stored in the BASIC Tower II buffer storage solution. In turn, there are two variants here: One option is that they can be brought back in automatic mode to the belt conveyor for manual sorting. Another option is that the lasered sheets can be provided for further processing in dead-man operation via outgoing station. “The system can thus retrieve in different ways so that we are completely flexible in our choice of retrieval strategy. We therefore have access to the appropriate method for any situation. This has two big advantages: not only do we keep a close eye on the material flow in the Remmert system, but we also organise our entire intralogistics a lot more effectively,” explains van Nobelen.

Efficient on all levels - A seamless flow of materials

Nobels is not only able to operate outgoing goods from the buffer storage system, but it can simultaneously or separately transport finished parts again on the conveyor belt. “This allows the lasered sheets to be buffered at night in the second tower and the day shift provides the sheets for further processing,” reports van Nobelen. “The Remmert system provides us with a more efficiently organised production that is not interrupted by moving the sheets in between or subsequently.”

LaserFLEX is equipped with two components, loading and unloading unit, which work independently. The process of feeding the laser machine can thus be decoupled. While the loading unit can place new raw material on the laser, the unloading unit can, for example, provide finished parts on the belt conveyor. After the sheet metal has been laser-cut, the loading unit lifts the processed sheet from the laser shuttle table. At the same time, the loading unit picks up a new sheet from the connected BASIC Tower. As soon as the unloader returns the sheet to store it back into the BASIC Tower or provides it for following processes, the loader places a new sheet on the laser. LaserFLEX only needs approximately one minute to do this material change, which virtually eliminates downtime and significantly improves laser uptime.

The integrated Remmert automation solution, which is based on the clients’ production requirements, users are free in the choice of their laser manufacturer. This constitutes another plus in terms of flexibility and manufacturer independence. Another one of Nobels’ selection criteria was Remmert’s excellent concept, which keeps an eye on the whole process. Despite being so complex, the components are simple and can be connected to software without any barriers, and offer the benefit of modular design. Specifically, this can be seen in the laser cutting system planning; Nobels initially wanted to use two lasers, but then decided on one laser to start with. The easy expandability of the LaserFLEX solution means that this isn’t a problem as expansions, changes and also independent manufacturer changes can be made at any time. Due to the flexibility and modularity of the system, it can be modified quickly and easily and provides customisation options. Besides the hardware components, another key component of the integrated and flexible Remmert modular system is SMART Control. An intuitive software and control system for the entire production process, which can be integrated into existing systems modularly and easily due to open interfaces. With self-explanatory, internationally understandable pictograms and little text, it is possible to operate the connected Remmert components - LaserFLEX and BASIC tower - intuitively. Through error message visualisation, the user immediately has an overview of where the problem is in the system and can quickly eliminate downtime in this way.

With holistic consultancy for a comprehensive solution concept

“One big advantage is undoubtedly that Remmert is a single source provider,” says van Nobelen. “We had very complex requirements for the working processes. In spite of this, in close collaboration with Remmert, we managed to bring these together into one needs-based concept for a customised complete solution. Remmert experts were there to provide professional advice and practical help at all stages of the project.” Matthias Remmert, Managing Directors of Remmert GmbH, explains: “The modularity of our approach means that we are able to support each and every client on the basis of their production requirements and, thus, to develop the best possible concept for the flow of materials. The modularity of our standard components also allows us to adapt the system to changing requirements over time.” Jan Schimmelpfennig, Product Manager at Remmert GmbH, adds: “In this way, we are also able to respond to new client requirements and expand or upgrade modules or processes as needed.”

Efficiency increased by 200 percent with just one laser

Through the combination of a high-performing fibre laser and the deployment of LaserFLEX, Nobels can now go through twice as much material and the laser cutting system can be better utilised than before. Therefore, together with LaserFLEX, the output from one laser is double the previous output from both lasers combined. “This 200 percent increase in productivity is remarkable,” van Nobelen summarises. “Due to the modularity of the system, a second laser can be easily added and is being planned. This increases both future-proofing and planning security. We are very satisfied with the solution, the sound and comprehensive advice and the successful partnership with Remmert and we are convinced that we have a stable and supportive partner for the future too.”

Prospective customers can contact Frank Baudach, Head of Sales, for further information, either by phone on +49 5732 896-225 or by e-mail at sales@remmert.de. 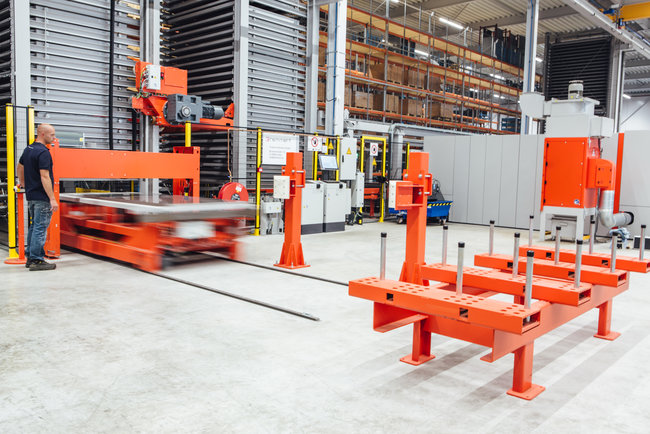 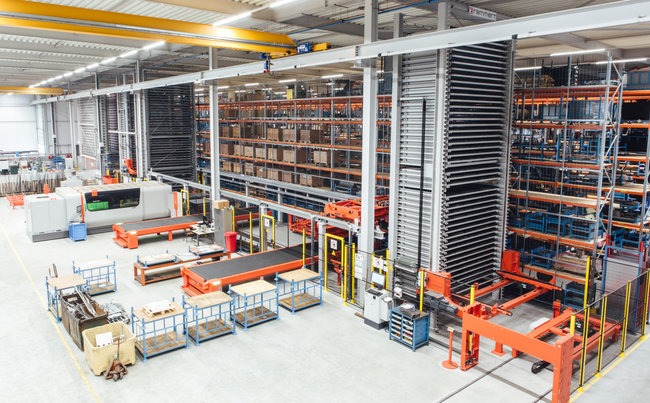 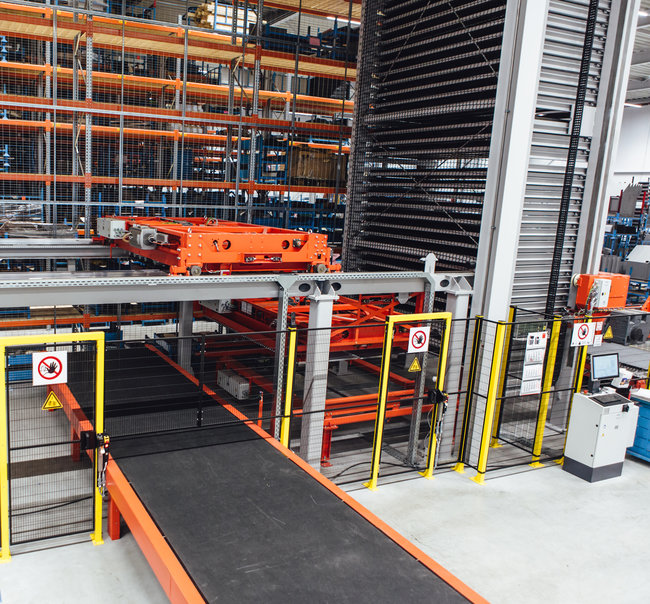 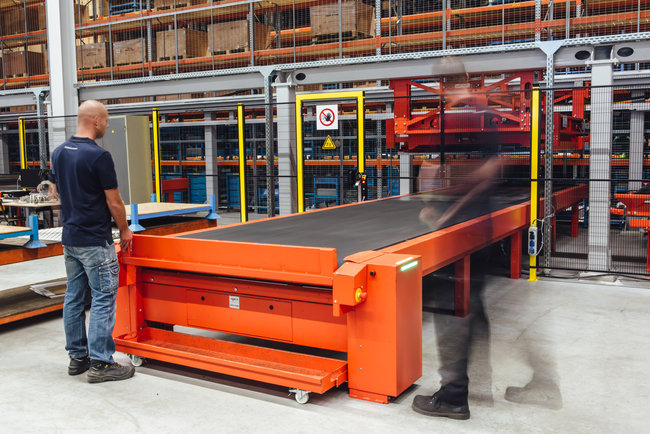